6 Interesting Facts on Cooking With Charcoal

Smoking, grilling, and BBQing as a whole are the pastime activities of choice for many families, especially in the United States. Be it to unwind after a long week or host a fantastic outdoor BBQ party with friends and family, there is little as charming as firing up your grill and cooking your worries away.

Cooking with charcoal, in particular, is the preferred mode of grilling for many. As of 2020, according to a survey conducted by the Hearth, Patio, and Barbecue Association (HPBA), approximately 49% of grill owners in the US own a charcoal grill.

Cooking with charcoal is, without a doubt, a somewhat strenuous albeit extremely rewarding experience. While it may seem pretty straightforward, cooking over charcoal, in reality, is a highly nuanced and complex process. Let us take a look at some very interesting facts about cooking with charcoal.

Fact #1: Charcoal Briquettes Were Not The Invention of Henry Ford

According to popular belief, Henry Ford and Thomas Edison together created the first charcoal briquette. This is, however, a myth. The American form of the charcoal briquette was the creation of Ellsworth B. A. Zwoyer, who then patented it in the year 1897. The briquettes were produced by the Zwoyer Fuel Company in Pennsylvania and it is only then that the use of briquettes was popularized by Henry Ford. Ford also added sawdust and other byproducts from automobile fabrication to the mix.

Ford actually sold these briquettes through their dealership network but decided to sell off this business in the late 1940’s. Can you guess which company bought this charcoal briquette business from Ford? That’s right, the Kingsford company.

Although this is fairly common knowledge, we thought it wise to start the list with this because of how crucial it is. While many prefer to use charcoal briquettes over lump charcoal, the latter is much better in most aspects and that is an indisputable fact. While briquettes certainly do burn for longer and are cheaper, they only do so because they contain fillers and additives. Over the cooking process, this is bound to impart a chemical odor to the smoke and consequently, to your food.

Natural lump charcoal is more expensive and burns out quickly, but it is all around better for the taste of your food. It also burns hotter, lights up much more easily, and allows for much easier temperature adjustments.

Fact #3: The Smoky Flavor is More of an Aroma

The flavor of food is essentially a combination of taste as well as aroma. Our tongues have the ability to perceive a limited few flavors, namely salty, sweet, bitter, sour, and umami. The signature smoky char-broiled flavor imparted by charcoal is, therefore, thanks to aroma. When cooking with charcoal, the food is infused with loads of aroma compounds, including one called guaiacol, which are released when you bite into the food. These aromas, upon traveling up the retronasal cavity, trigger the olfactory receptors.

Fact #4: Arranging The Charcoal in a Pyramid Helps Lighting

You may have often heard or read about how you should arrange your coal into a pyramid shape when trying to light them up. This is recommended as piling up the coal in a pyramid shape or a mound increases coal-to-coal contact while also facilitating air flow as opposed to carelessly piling them up or scattering them in which case coal-to-coal contact is minimum. As a result, the pyramid or mound shape ensures that the fire spreads quickly from one coal to the next, making the entire fire-starting process much more speedy and efficient. A charcoal chimney is still our favorite way to light up these coals.

Fact #5: It is Extremely Easy to Create Two Temperature Zones in Your Charcoal Smoker

While many pro BBQers may already be aware of this, beginners will find this trick to be a lifesaver. Heating the grill evenly on both sides is common practice, but creating different temperature zones on two halves can really help boost efficiency. When cooking with charcoal, divide it in a way that about 75% of it rests on one side while the remaining 25% heats up the other side. You can alter these portions according to the items that you need to cook and then use the two sides of the grill for cooking at two different speeds.

Fact #6: The Drippings Are What Imparts A Large Part of The Flavor

Although using drip pans is recommended by many to catch the drippings from the meat during the cooking process that can cause flare-ups, not using a drip pan can work wonders for the flavor of your food. Drippings caught in the pan are generally utilized for sauces and rubs. However, these drippings are essentially molten fat that, if allowed to fall on the charcoal, evaporates and adds a great flavor to the food.

Cooking with charcoal is often regarded as a way of life rather than simply a hobby or pastime activity. The effort that goes into the process remains unmatched, but it is that effort that makes the end results so worthwhile. We hope these facts about cooking with charcoal help expand your knowledge and make the experience more fulfilling for you. 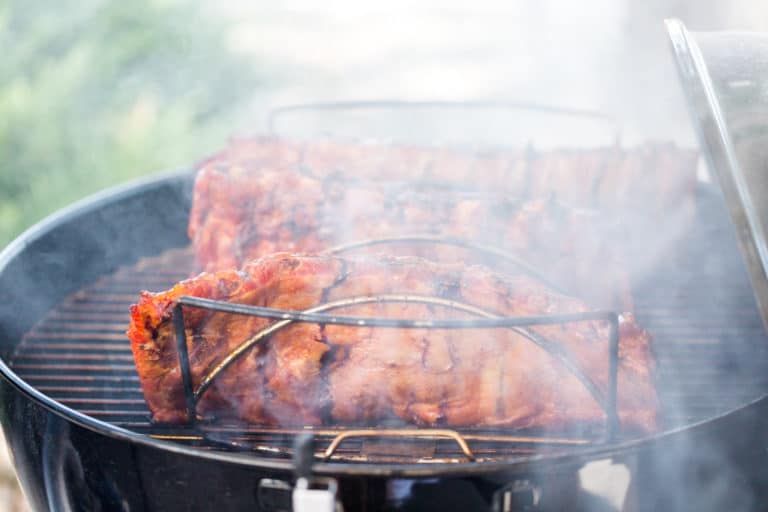 For most BBQ enthusiasts, smoking with charcoal and wood can be one of the most foolproof ways of getting meat to taste good. Charcoal grilling 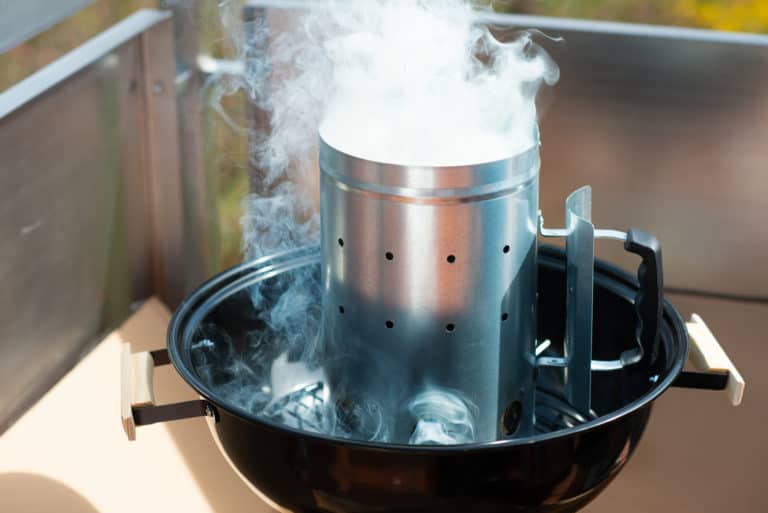 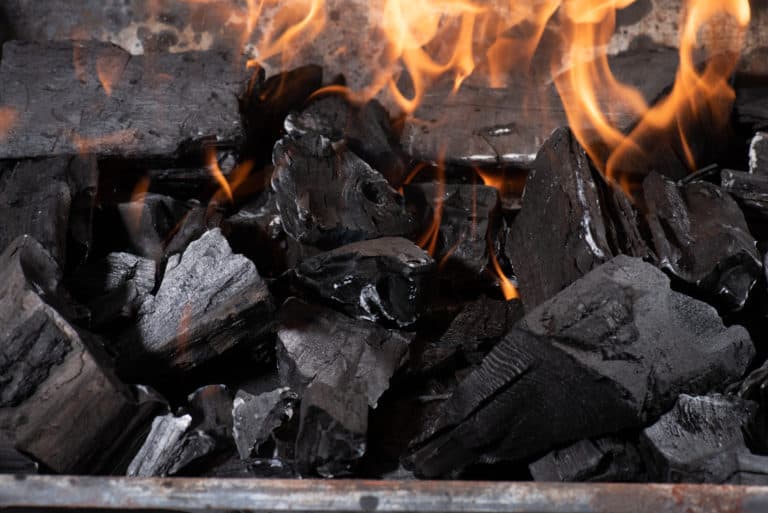 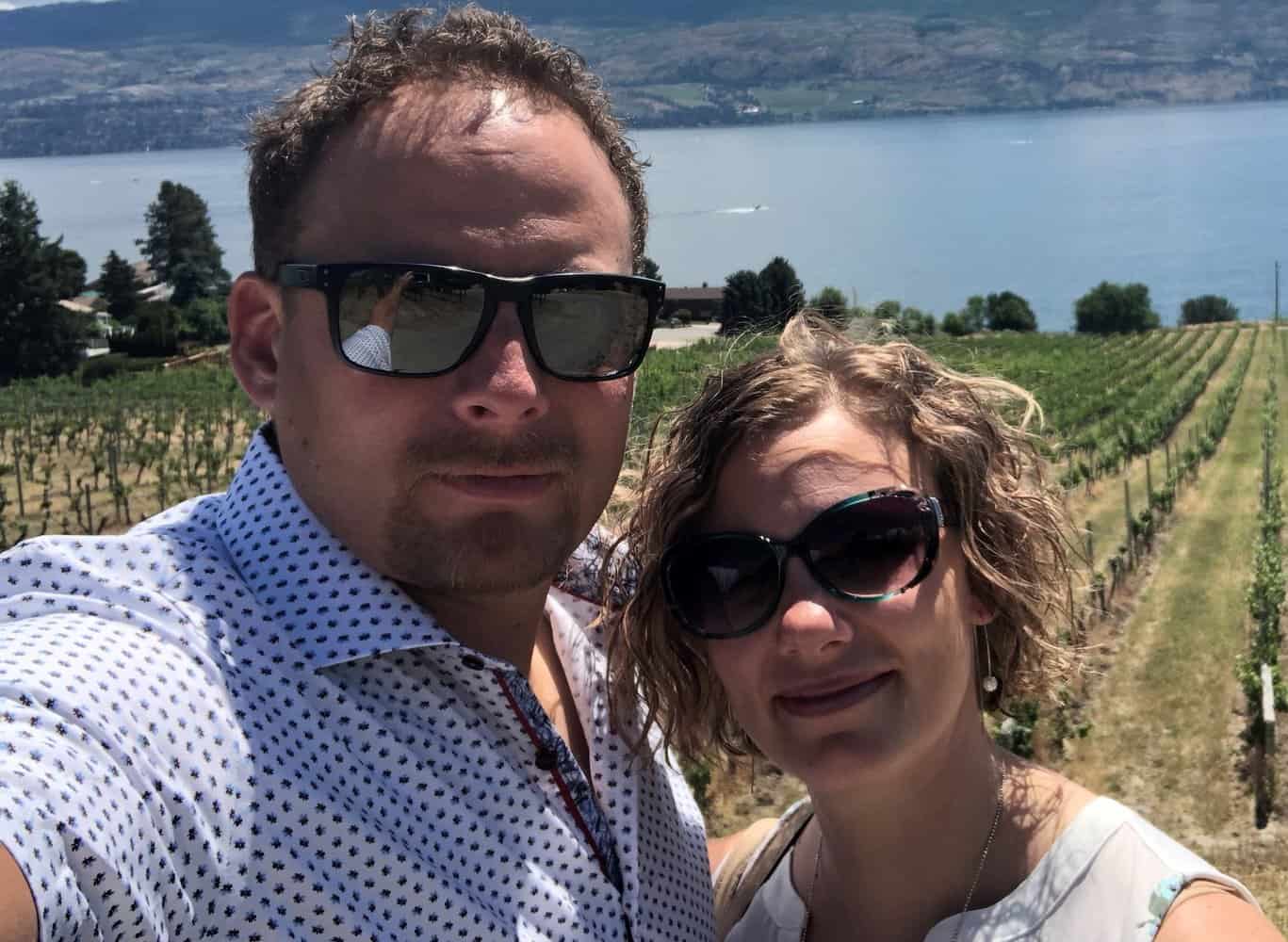 The AngryBBQ team is several writers working in conjunction researching, reviewing and testing everything BBQ. Michael and Jannah head this team and work hard at creating high quality content to help our readers get from Angry to Awesome!